From 20th June 2022, the law in Ireland will assume my capacity to manage my own affairs as a basic human right.  This means making my own decisions.  Does this seem weird?  Well, it is if you think about what has gone before.  We had people being “made” a Ward of Court or “taken” into Wardship.  We had notions like “unsound mind” that we took for granted.

But what will happen then to the 2150 or so people who are currently in Wardship?  Over the next few years they will have their cases reviewed and their capacity assessed.  Many of them will be found to have capacity and will be released from Wardship.  Capacity is simply my ability to make decisions for myself  and is not a general state of mind.  Instead, it relates to my ability to make a specific decision at a specific time.  I might be able to make a decision about an investment in the morning, but not in the afternoon.  I might not be able to make financial decisions at all, but might be well capable to deciding where to live and who I wanted to live with.  Clearly, I would need some kind of support, but what exactly?

In the past, unless I had planned ahead by putting an Enduring Power of Attorney in place, I would have been made a Ward of Court.  Wardship was a blunt instrument and the person who could make financial decisions in the morning but not in the afternoon was treated in the same way as the person who did not know what a financial decision was at all.  The State took over their affairs and they had no say in the matter.  What will happen from 20th June is that a person without full capacity will be given the option of appointing a Decision Making Assistant.  This is a formal process requiring a legal document.

However, many of us already have Decisions Making Assistants although we do not call them that.  We may call them friends or relatives.  I remember being in a fitting room downtown before the pandemic and could not make up my mind whether to buy some leisurewear.  I sent photos to my aunt and my sisters asking for help.  Needless to say, they told me to splash out.

Co-Decision Making and a Financial Decision

Last night, I spoke to my husband about whether I should buy Prize Bonds.  Could I not have made that decision on my own?  Probably, but it was easier with two of us.  As it happens, I always talk to my husband before making financial decisions and if this were a formal arrangement he would be called a Co-Decision Maker.  I would not have made that decision without his agreement so his input was absolutely necessary.  That was not the case when I bought the leisurewear.  I might have bought it anyway. The point is that most of us turn naturally to others for help in decision making and a Decision Making Assistant or Co-Decisionmaker formally appointed is just a step further.

It is important to know that I can have capacity even when I am losing my memory.  I might make a decision in the morning and forget it by the afternoon.  It is still a valid decision and I am entitled to make it, even when it is an unwise decision by the standards of other people.   I have not forgotten my decision to buy Prize Bonds, but that does not matter.  It would have been a valid decision even if I had forgotten it.  If I had decided to buy shares in Tesla instead, or put the money on a horse, it would have been an equally valid decision.

Why Would I Need a Decision Making Representative?

You are probably wondering what happens if I cannot make a decision even with all the help and support  that a Decision Making Assistant or Co-Decisionmaker can give me.  This could happen if my memory loss were so severe that I could not remember the relevant information for long enough to make the decision, or if I were unable to understand or evaluate the information.  In that case, I would need to have a Decision Making Representative appointed by the Court.

Is It Better to Have An Enduring Power of Attorney?

The chances are that if you are in need of a Decision Making Representative you will not be reading this.  A family member or a friend of yours will be reading it and wondering what to do next.  If you are that person, you will find plenty of useful information on the Decision Support Service website.

It is worth remembering that if you have a friend or relative whom you trust to make your decisions for you then you can plan ahead for a time when you may have very little Decision Making Capacity by creating an Enduring Power of Attorney.  This would not only save the trouble, delay and expense of a Court Application but would ensure that the person in charge of your affairs was the person you chose yourself while you still could.

What We Can Do For You

If you would like practical help with an Enduring Power of Attorney, a  Decision Making Assistance Agreement, a Co-Decision Making Agreement or an Application to Court to have a Decision Making Representative appointed, you can email bradleys@iol.ie, click the call button, phone 014545138 or use the Contact Form. 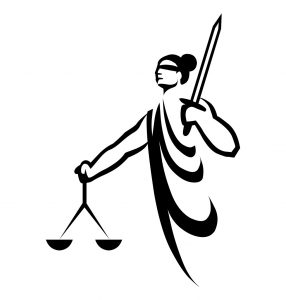